Smash hit
The younger tribes of the club are discerning enough to appreciate the high quality badminton courts at The Poona Club. Catch them rule our wooden courts.

In the mid 19th century a game called ‘Poona’ emerged in India which closely resembled the present day sport (Badminton). Initially, balls of wool, referred to as ‘Ball Badminton’ were preferred by the upper classes in windy or wet conditions; but ultimately, the shuttlecock stuck. This game was taken by retired officers back to England where it developed and rules were set out. Two international standard Badminton courts invite the best of players at the Club today.

Top class shock-absorbing wooden flooring and superb lighting with separate changing rooms have encouraged national and international players at our Badminton Courts. Two to three tournaments mark the sports calendar from this facility.
Thanks to our well trained markers and coach, some of our member’s children have come out winners! 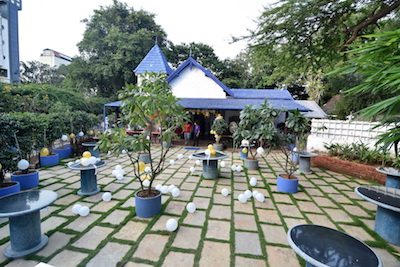